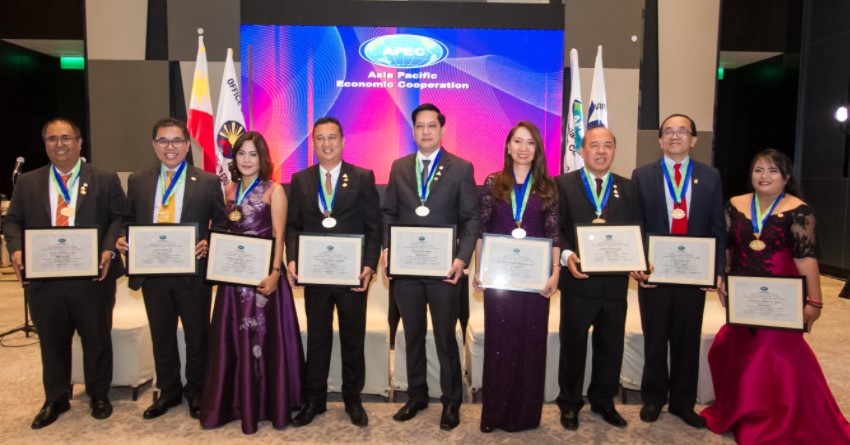 The APEC Architect Project: A mechanism for mobility

APEC is committed to a policy of reducing barriers to trade and of being a vehicle for promoting economic cooperation within the region.

Within APEC are a number of sectoral groups that implement the APEC work programs, one of which is the Human Resources Development Working Group (HRDWG). In 2000, HRDWG endorsed Australia’s proposal for “The APEC Architect Project,” which aims to facilitate the mobility of architects providing architectural services throughout the region by developing means for mutual recognition of skills and qualifications.

After nine meetings on the project, the participating economies agreed for a process with two features: First, that they will identify common elements of “substantial equivalence” in the areas of education, internship and practical training, registration and licensure, and practice and experience; and second, they will establish an APEC architect register and identify APEC architects.

The aim of the APEC Architect Framework is to establish a mechanism to facilitate the mobility of architects for the provisions of architectural services throughout the region by reducing current barriers to the export of professional services. Its function is to maintain a register of APEC architects who have fulfilled common elements of the education and training requirements for professional recognition in participating economies and are currently registered/licensed as architects, and who have a proven track record of professional experience as registered practitioners.

This new set of Filipino APEC architects will augment and improve the quality and expertise of the Filipinos in the architecture arena including the previous 54 APEC architects in the Philippines as they make their mark and attain global status.

The project is intended to facilitate the provision of architectural services between participating economies around the Pacific Rim. The principal idea here is that the participating APEC architects economies can enter into bilateral or multi-lateral mutual recognition arrangements which provide architects the opportunity to practice cross-border services faster.

In January 2004, the Professional Regulation Commission (PRC) together with the UAP and the Commission on Higher Education signed an agreement to work together as the National Monitoring Committee Philippine Section of the APEC Architects Central Council, in establishing the APEC architects registry. Its aim is to develop, operate and maintain the APEC architects registry in the Philippines in accordance with the agreements of the participating economies. It opened the doors to Filipino architects to unveil their capability, to showcase their perspective abilities and to interrelate with our counterparts within the region.

The APEC Architects Central Council firmly believes that epitomizing regional cooperation and economic integration is the key to unlock Asia’s vast potential to spur strong and sustainable economic growth across the region. Here the Filipino architects can have the opportunity to practice and show their propensity, and definitely live a healthy and fulfilling life outside Philippine soil.

Though the regional cooperation is a relatively new concept in Asia — so much so that we have only just started to measure its benefits and decipher the lessons that will help Asia move forward, the APEC architects registry is one of the many solutions ways how the Philippines and its Asian neighbors can make the big leap towards that goal, and serve as a roadmap for the Asean’s quest for a new era of development.

The Asia Pacific region is coming out of the Asian economic crisis and is entering a new phase as a 21st century economic growth center. Undeniably, the APEC Architect Project has come a long way in the last 13 years. The scope of cooperation has broadened. The discussions now are not only on the requirements for the recognition of architects by host APEC economies, but also on the many other areas which aim to sustain the growth and development of the architecture profession in this age of globalization.

Over the years, the project served as a vehicle for the free transmission of information and exchange of views among its members. In areas like service where innovation is evolving at such a swift pace, it is essential to share new experiences and know-how at all levels, including government, business and individuals, rather than cementing in common rules, eventually forming networks from which rules will gradually emerge. In this sense, too, the project’s provision for free discussion will prove invaluable.

Today the Philippines has 63 registered APEC architects who pay special attention to their craft and expertise as professional and registered architects, in their quest to prepare themselves for the “new economy.” The success of an industry or firm in the new economy will depend largely on its ability to create its own technology, carry out innovation as well as introduce new products and services.

The overall responsibility for the operation of the APEC architect register rests with a central council composed of nominees of independent monitoring committees established for this purpose in each participating economy, and authorized by the central council to carry out its functions.

The Philippines through the UAP hosted the APEC Architect Central Council Meeting in year 2010, and is set to host the council meeting in year 2020 with me as the convenor. Simultaneously, the Philippines shall also serve as council secretariat. Parallel to this meeting will be the two-day International Conference of Architects which aims to bring together leading architects in the Asean region to exchange and share their experiences and research results about all aspects of architecture. The conference will provide the premier interdisciplinary forum for researchers, practitioners and educators to present and discuss the most recent innovations, trends, and concerns, practical challenges encountered and the solutions adopted in the field of architecture.

As the world is facing major crises: political, environmental, climatic, financial and social, all of which have to do with our survival on this planet, we have to seek creative and innovative answers to all of them. For us architects, planners and designers, these present a challenge to arrive at new technological, economic, social, political and environmental solutions.

As Filipino architects are working in a virtually borderless global market, our products must respond to the desires of international consumers, corporations and citizens. It does not mean that we have to sacrifice our national and cultural identities in our endeavor to be a fully developed nation. Liberalization is imminent as the demand for excellence is growing among the end users. We will see the increase of foreign technologies and expertise in our practice. The developers/clients are not going to be easy on us, as they will demand the best at competitive rates. They have the whole world at their disposal to get the best.

And through the APEC Architect Project, it is imperative for Filipino architects to enhance our capacities and capabilities to be world class and equally competitive. We must be proactive in our approach to challenges facing the architecture profession. We must adapt to change but more importantly, we must coordinate our efforts towards meaningful change for the profession in this age of globalization.